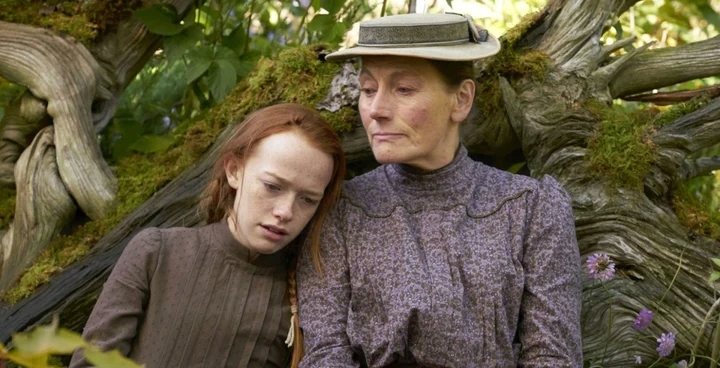 Netflix has confirmed the release date for season 3 of Moira Walley-Beckett’s Anne With an E; 10 new episodes will hit the streaming service on January 3, 2020. It will be the final season for the critically acclaimed series based on Lucy Maud Montgomery’s classic 1908 novel, Anne of Green Gables. Amybeth McNulty places the title role of Anne Shirley, a free-spirited orphan who eventually finds a family. The series follows Anne’s adventures with her friends on the farm of Green Gables.

Walley-Beckett, who cut her teeth as a writer, producer, and story editor on Breaking Bad, debuted the adaptation on the small screen in her native Canada in March 2017 on CBC Television. It would find its way to the United States via Netflix just a few short months later. Regardless of which country it was airing in, though, the show’s first season was largely a hit with critics – its score on Metacritic currently sits at 79 – and viewers alike. The following season was more divisive for fans. Those who have a fondness for the source material or find the new series’ occasionally gritty tone out of step with previous, more family-oriented adaptations are particularly vocal about the changes.

The U.S. release date for Anne With an E’s third and final season was announced by Netflix via its own news account on Twitter. In truth, the series is already wrapped; its finale aired on CBC TV on Sunday. Ultimately, the decision to end the program may have more to do with business than any kind of artistic shortcoming or blow back from fans of earlier works. Take a look at Netflix’s tweet, which includes the final season poster for Anne With an E, below:

The third and final season of #AnneWithAnE premieres January 3

Following Netflix’s announcement, fans of the series bemoaned the decision to end the show in short order. The hashtag #renewannewithane is continuing to make the rounds on Twitter with many calling upon other streaming services to intercede and air a fourth season. For her part, Walley-Beckett was quick to thank the fans in a statement to EW. She also teased the possibility of an Anne With an E feature film finale, saying, “I will miss this show forever and a day. That being said, I’d love to write an AWAE finale feature film…”

Whether that ever comes to fruition remains to be seen. In any case, there’s no doubting that Anne With an E was impactful for fans and attempted to be more than the feel good family tale the Anne of Green Gables crowd was accustomed to. Over the course of its run, the series dealt with important issues like bullying, prejudice, the power of the individual, and the struggles of LGBTQ people and women. And, as the character of Anne, McNulty was a revelation. She led a cast that consistently delivered, whether one agreed with the premise of an episode or not.