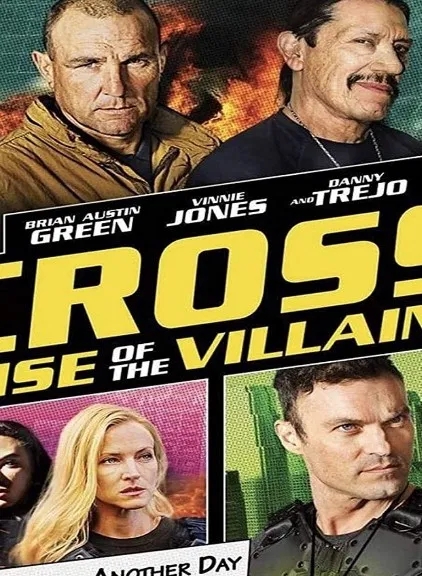 Cross 3 – Rise of the Villains – The third film in the “Cross” franchise has come and you can check it out with this trailer for ‘Cross: Rise of the Villains!’ While not busy working on trying to put together the ‘Machete in Space,’ Danny Trejo is playing a supervillain named Muerte who Brian Austin Green’s Callan has to take down. In 2011 ‘Cross’ was released to kick off the series followed by the 2017 release of ‘Cross Wars.’
This franchise is the absolute definition of a B-Movie series and mixes the cheese of it all with comic elements.
The synopsis for the latest installment of the “Cross” saga describes it as:
Armed with an explosive, powerful ancient cross amulet, Callan (Brian Austin Green) is back with his extraordinary team of weapons experts to defend Los Angeles from its biggest threat yet—super villains Muerte (Danny Trejo) and Drago (Manu Intiraymi). Callan will have to join forces with his once mortal enemy, Gunnar (Vinnie Jones), to try to save the city. Tom Sizemore returns as Detective Nitti, and Lou Ferrigno, DB Sweeney, Jeremy London, and Eric Roberts return as The Contractors!