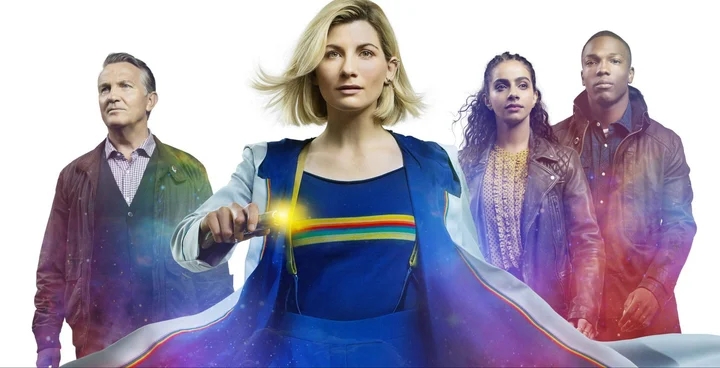 The Doctor Who season 12 trailer has debuted, revealing monsters both new and old – including the return of the iconic Cybermen. Season 12 is the second season for Jodie Whitaker’s Thirteenth Doctor, who will again be joined by her mates Graham O’Brien (Bradley Walsh), Ryan Sinclair (Tosin Cole), and Yasmin Khan (Mandip Gill).

During Whitaker’s first season as The Doctor, she fought mostly new villains. Notably, it was an alien introduced in Doctor Who season 11’s first episode, T’zim-Sha (aka “Tim Shaw”) who served as the final villain of the season. The Doctor Who New Year’s Day special, “Resolution”, did bring back a single Dalek for the Thirteenth Doctor to battle, but it wasn’t quite the revival of a classic villain fans were expecting. This new Doctor Who season 12 trailer, however, reveals another classic confrontation is on the way, this time between The Doctor and the Cybermen.

The Cybermen are one of the very first recurring villains on Doctor Who and have featured in many stories across the years. They last appeared in Doctor Who season 10 episodes “World Enough and Time” and “The Doctor Fall”, a two-part finale starring then-Tweflth Doctor Peter Capaldi in where his companion, Bill Potts (Pearl Mackie), is converted into a Cyberman. Previously, there have been rumors the Cybermen would be returning to do battle with the Thirteenth Doctor in the new season, and now we have the proof. Check out the Doctor Who season 12 trailer, below:

In addition to the Cybermen, this Doctor Who trailer also provides another look at the return of the Judoon – an alien race who made their debut during the Tenth Doctor’s years. There is also footage to suggest Doctor Who season 12 includes a mix of sci-fi action and historical adventures, with plenty of spaceships, aliens, and a stop in Paris, 1943. The trailer includes scenes that look like they’re straight out of Alfred Hitchcock’s The Birds, too, with The Doctor and her mates under attack by swarms of black birds, as well as a shot of the TARDIS being breached! It’s an action-packed trailer, that’s for sure, and with the tantalizing look at a showdown between The Doctor and one of her most famous enemies, it’s easy to get excited over Doctor Who season 12.

The trailer doesn’t come with a firm premiere date for Doctor Who season 12, sadly, though it does tease an early 2020 debut. That may time up nicely with the spring 2020 release of HBO Max, the new streaming home for Doctor Who, giving fans the opportunity to either catch up or just rewatch season 11 ahead of the new season’s premiere.