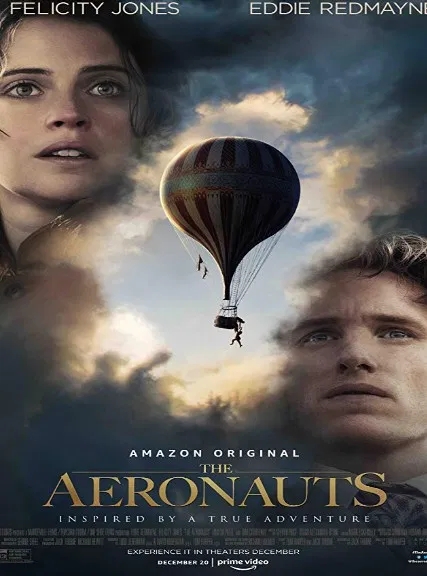 The Aeronauts – The film had its world premiere at the Telluride Film Festival on 30 August 2019, followed by a showing at the 2019 Toronto International Film Festival. It was released in the United Kingdom on 4 November 2019, and is set to be released in the United States on 6 December 2019.
Daredevil pilot Amelia Rennes and weather scientist James Glaisher find themselves in an epic fight for survival while attempting to make discoveries in a gas balloon.
The film is based on an amalgam of the flights detailed in Richard Holmes’ 2013 book Falling Upwards: How We Took to the Air (ISBN 978-0-00-738692-5). The most significant balloon flight depicted in The Aeronauts is based on the 5 September, 1862, flight of British aeronauts James Glaisher and Henry Coxwell whose hot air balloon broke the world flight altitude record, reaching about 11,887 m (38,999 ft). However, while Glaisher appears in the film, Coxwell has been replaced by Amelia Rennes, a fictional character.